Home Cricket Navdeep will rise to the occasion if handed a debut in Sydney:...
Cricket
2021-01-06

Navdeep will rise to the occasion if handed a debut in Sydney: Delhi coaches, teammates

Navdeep Saini is yet to make his Test debut, even though he has quietly risen in the ranks over the last two seasons to become one of India’s most promising white-ball bowlers. The injury to Umesh Yadav has put the spotlight on Saini ahead of the third Test in Sydney that begins on Thursday. Does the scrawny pacer from Taraori, Haryana, with a whippy bowling action and the propensity to send stumps flying, possess the skillset and technical nous to survive the rigours of Test cricket in Australia?

His teammates and coaches from Delhi, who have watched him make the seamless progression to international cricket, believe he has what it takes to make an instant impact with the red Kookaburra ball. Brute pace, married to the ability to extract reverse swing, they say, are some of the attributes that not only make the 28-year-old a mouth-watering proposition, but also the ideal candidate to fill in the void created by Umesh’s absence.

“I don’t necessarily subscribe to the notion that Saini’s bowling style is only suited to the Gabba, the venue for the fourth Test of this series. There’s no doubt that he will relish bowling at that ground, but I also believe that he will be equally potent in Sydney. Even though it’s a pitch that tends to get abrasive and assist spinners, the resultant footmarks will provide Navdeep with the opportunity to get reverse swing. Trust me, he is devastating when the ball begins to reverse,” Sanjeev Sharma, who was Delhi’s bowling coach when Saini made his First-Class debut seven years ago, tells The Indian Express.

“Getting the ball to reverse at 130kmph is a futile exercise, because most batsmen in international cricket will figure out how to counter it with ease. It’s when bowlers begin to reverse it consistently at 145kmph that it instills fear into batsmen. Look at some of the practitioners of this art: Waqar Younis, Wasim Akram and Imran Khan, they all did it at blistering pace. Even Saini has perfected this, which makes him dangerous.”

Saini’s Delhi teammate Pradeep Sangwan concurs. He cites the example of the 2017 Ranji Trophy semifinal against Bengal in Pune to emphasise his point. “I clearly remember the way he bowled in the second innings of that match. Delhi had gained a 100-run lead and when they came out to bowl, Saini just let it rip. He was bowling like a man possessed. The pitch was worn out and it looked like our spinners would come into play. But he got four wickets, all bowled, and all through reverse-swinging deliveries. He took Delhi to the final on the back of that match-winning performance.”

Sangwan says that apart from pace and deadly reverse-swing, Saini is also blessed with indefatigable energy levels, a result of him putting in the hard yards at the gym and monitoring his diet closely. “He has been involved with some very good people off the field who have helped him improve his fitness levels dramatically. He is more muscular now and it has played a role in his evolution. You will never see Saini dropping his pace. Whether it’s his first spell of the day or last, he is consistently over the 140kmph mark. Woh kabhi thakta nahin (He doesn’t get tired). This is another essential attribute to succeed in Test cricket,” Sangwan explains. 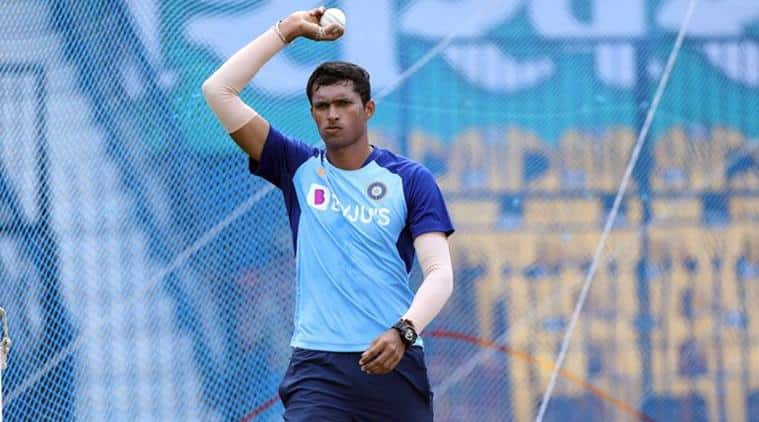 The left-arm seamer opines that since Australian pitches hardly offer any movement in the air, it’s imperative for fast bowlers to have that extra yard of pace to trouble batsmen. He believes that Saini, being essentially a hit-the-deck bowler, will thrive in such conditions. Sangwan gives the example of England’s travails Down Under over the last two series to explain this point.

“Why have England performed so poorly in Australia over the last 10 years? That’s because they had a one-dimensional pace attack that included James Anderson, Stuart Broad, Chris Woakes and Tim Bresnan, all bowling at the same pace, around 135kmph mark. On pitches that do not offer any movement in the air, you need to have someone bowling really quick. Thankfully, despite losing Ishant Sharma, Mohammed Shami and Umesh Yadav, India have three quality pacers in Jasprit Bumrah, Mohammed Siraj and Saini, who not only bowl quick, but can also sustain pressure,” he notes.

It’s not just his teammates who rave about Saini but opposition batsmen too. Faiz Fazal, Vidarbha’s Ranji-winning captain and opener, remembers Saini in particular for the “heavy balls” he delivers, and how he is naturally dangerous against left-handers.

“The world has seen his pace in ODIs but his biggest strength is how he combines that pace with heavy balls. And he used to produce that on Indian tracks, not easy. Tall, slim and easy action – you don’t even realise how quick he can be, as it feels he bowls within himself and yet is very quick,” Fazal feels. If he plays the next Test, I can see him troubling the left-handers. His natural ball moves away from them and he can also bowl it from round the stumps. And he is disciplined, doesn’t spray the ball around, and will build up pressure.”

Both Sangwan and Sharma played down Saini’s sometimes-profligate ways in the shorter formats. “You can’t compare formats. The pressure of bowling in a T20 game is different to that of bowling in a Test match. In white-ball cricket, you don’t really have the time to plan and stage a comeback. Whereas in a five-day game, you can still make amends after a couple of dissatisfactory spells,” Sangwan offers.

Sharma says: “In contemporary cricket, it’s all about current form. A year back, I saw Siraj bowling in a Ranji Trophy match for Hyderabad against Arunachal in Chandigarh, and he made no impact whatsoever. Judging by the way he bowled then, he would not have made it to the Indian team. But look at him now… he was given an opportunity and he had the confidence to perform on the big stage. Similarly, I really don’t think Saini’s past performances matters. He has been with the Indian team for some time now, and knows what is expected of him. Maybe, (head coach) Ravi Shastri and (bowling coach) Bharat Arun have picked up something watching him bowl in the nets.”